“Gangnam Style”, a viral smash hit with almost one billion hits since it was uploaded on YouTube in July 2012, continues to rake in not just fans but money for South Korean pop singer, Psy.

The 34-year-old Park Jae-sang doesn’t play a hip baritone guitar but his song’s catchy tune and comical horse-riding dance have made him the top-grossing K-Pop star.

However, not all his songs have been as widely accepted and some have even been criticized for their lyrics.   Recently, reports of his anti-US performances in 2004 surfaced.

Eight years ago, Psy protested the deaths of two teenage South Korean girls who were run over by a U.S. tank stationed in the country.  In another performance, he criticized the U.S. led invasion of Iraq where South Korean forces took part.

Last Friday, Psy apologized for these songs that contain lyrics critical of the U.S. military. In his statement, Psy said, “While I’m grateful for the freedom to express one’s self, I’ve learned there are limits to what language is appropriate and I’m deeply sorry for how these lyrics could be interpreted.”  He also apologized for whatever pain he has caused by using those words in his songs.

His apology comes at an opportune time as he is to perform at the annual “Christmas in Washington” television special which will be attended by U.S. President Barack Obama and his family. 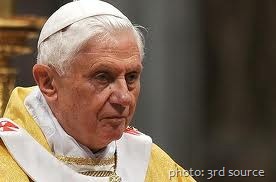